Acing the Sari Look Like our Desi Girl- Priyanka Chopra

It was 2008 when the movie “Dostana” offered its lead actress, Priyanka Chopra with the enduring moniker of ‘DESI GIRL’. The eponymous chartbuster saw her dancing around a club in Miami wearing an Indian girl’s go-to uniform, served as a smooth metallic sari and bikini blouse. Since then, her ethnic lexicon has played host to timeless classics as well as instant conversation-starters. While the 37-year-old is no stranger to setting trends with her off-duty appearances, her traditional wardrobe isn’t far behind. 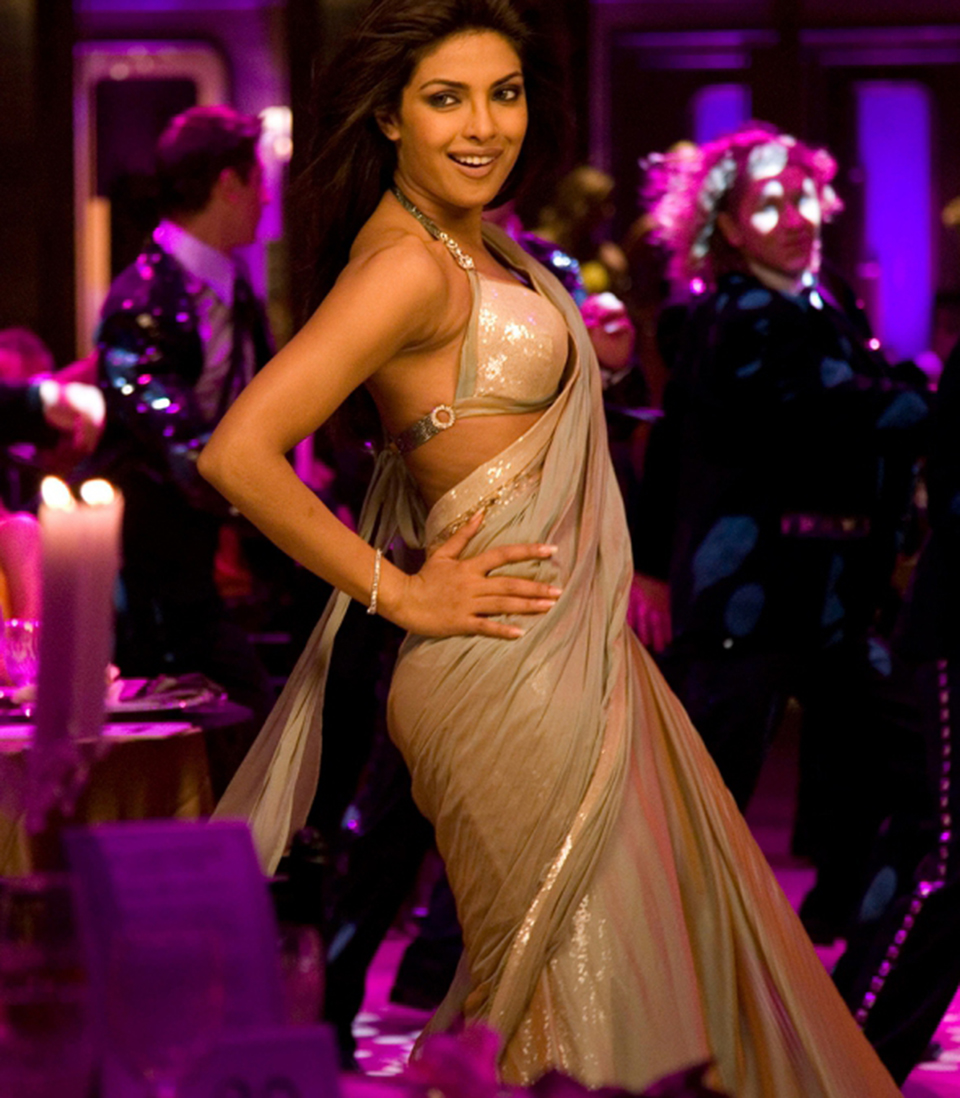 When she wants to wear a sari, she usually goes to an awesome Sabyasachi creation. Recreating the enchantment of Diwali in Cabo, Chopra was spotted cosying up to Nick Jonas in a mustard-toned floral sari and metallic blouse from the couturier. Unconventional colors have been gaining favour in her storeroom, and the promotions trail of The Sky Is Pink had her moody hues into her fall wardrobe with a black sari splashed in breezy florals. 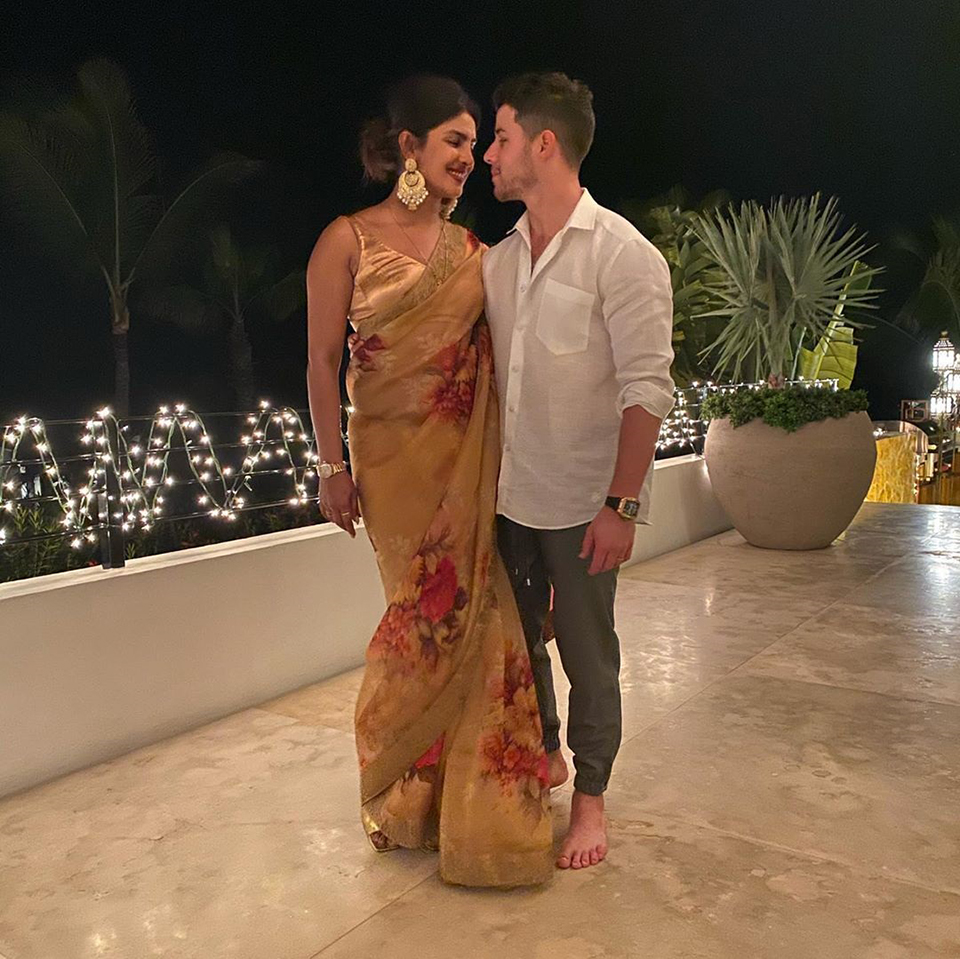 Vermillion red has won her vote also, and the star elevated her polka-dotted pick by teaming it with a slicked-back bun, scarlet bun and chandbalis from the designer. She again wore red on the occasion of her first Karwa Chauth as a married woman. Behind the stage at a Jonas Brothers show, she celebrated the event by settling on a striking sari in head-to-toe red, accessorized with the jooda, sindoor and DIY henna. 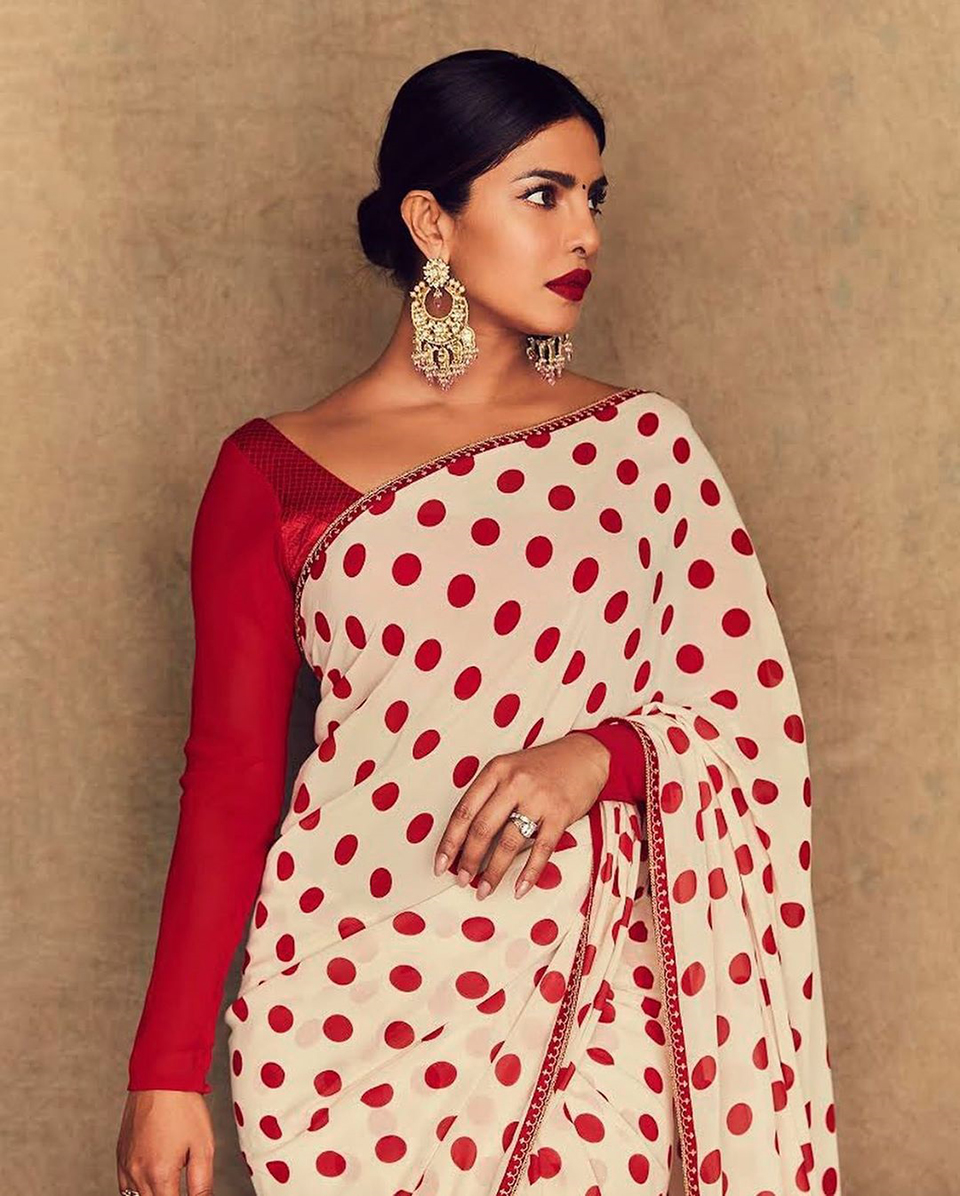 The feature of the look was the heavily embellished blouse that can be easily mixed and matched with any of the sari. On the contrary, the love of pastels pulls infrequent appearances in her wedding wardrobe. For Sophie Turner’s pre-marriage ceremony in France, she decided on a sorbet pink sari and coordinated sunnies against the beautiful setting of an eighteenth-century estate. The outdoor ceremony made her select a low know with pastel roses and face-framing wisps. 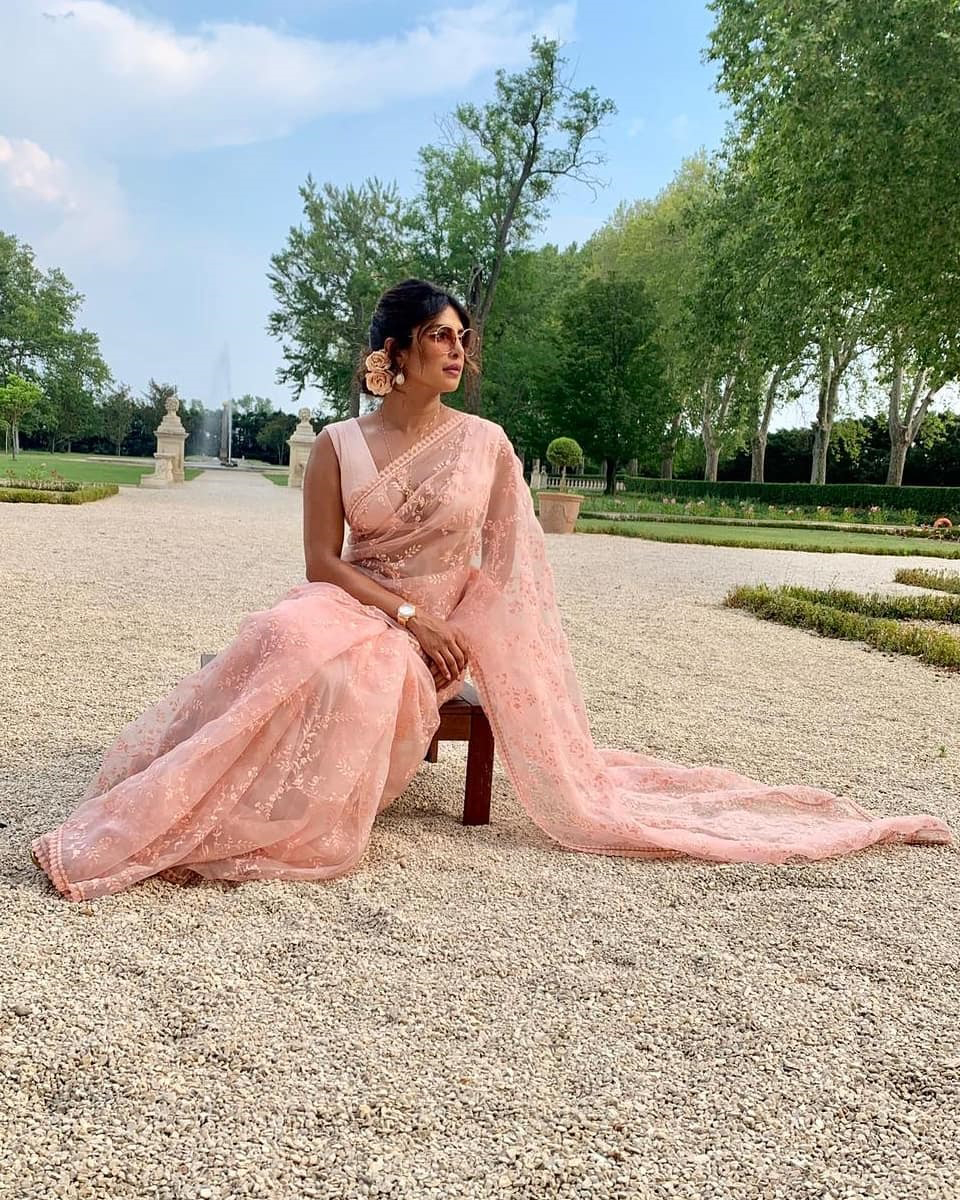 Last year, Priyanka went to Akash Ambani and Shloka Mehta’s pre-engagement party in a Tarun Tahiliani creation, set in a delicate shade of lilac. Glossy waves and a touch of bling at the ears and the wrist served as her finishing touches for the look.