A large group of Bollywood celebrities who have an immense fan following among the children walked the red carpet at the Nickelodeon Kids’s Choice Awards held in Mumbai on Friday. All from Sara Ali Khan, Kartik Aaryan, Ayushmann Khurrana, Varun Dhawan, Taapsee Pannu to Bhumi Pednekar played around with cartoon characters such as, Ninja Hattori, SpongeBob SquarePants and numerous others at the occasion. Ayushmann Khurrana won the Best Actor of the Decade and joined Ninja Hattori on the red carpet. 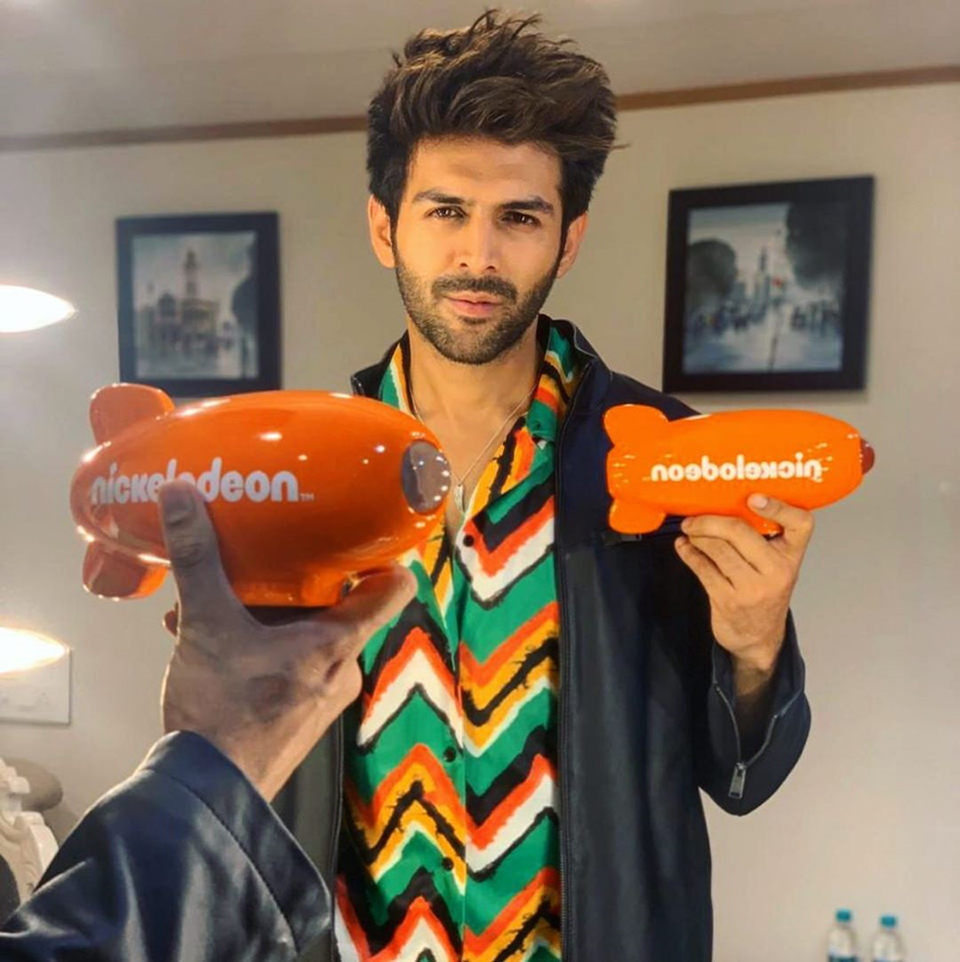 The actor arrived in a check suit with a quirky yellow tie as per the mood of the evening. He later shared how the award was the best brick in his wall of fame, giving a look at all the awards he had won in his decade-long career. He also revealed that the submarine-shaped orange trophy actually had a kaleidoscope inside it. Sara Ali Khan arrived in a multicolour silk dress and posed for the paparazzi alongside SpongeBob SquarePants and Shaun The Sheep. 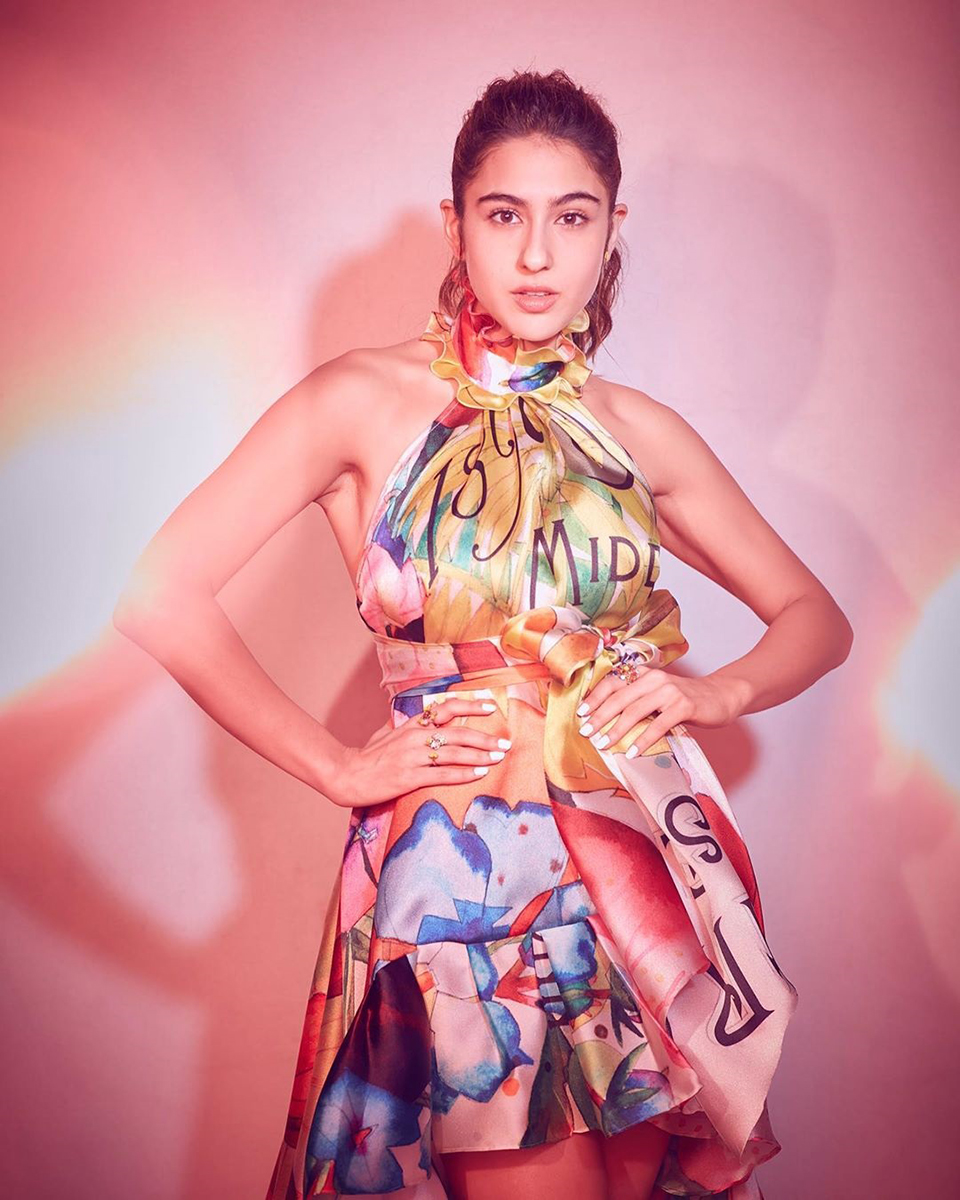 Sara later shared on her Instagram stories about how she and her Coolie No 1 co-star Varun Dhawan had to take a three-hour- drive early morning to arrive at their shoot location. Varun had posed alongside Ninja Hattori as they struck some cool poses for the cameras. Sara also won the Rising Star Award at the event. 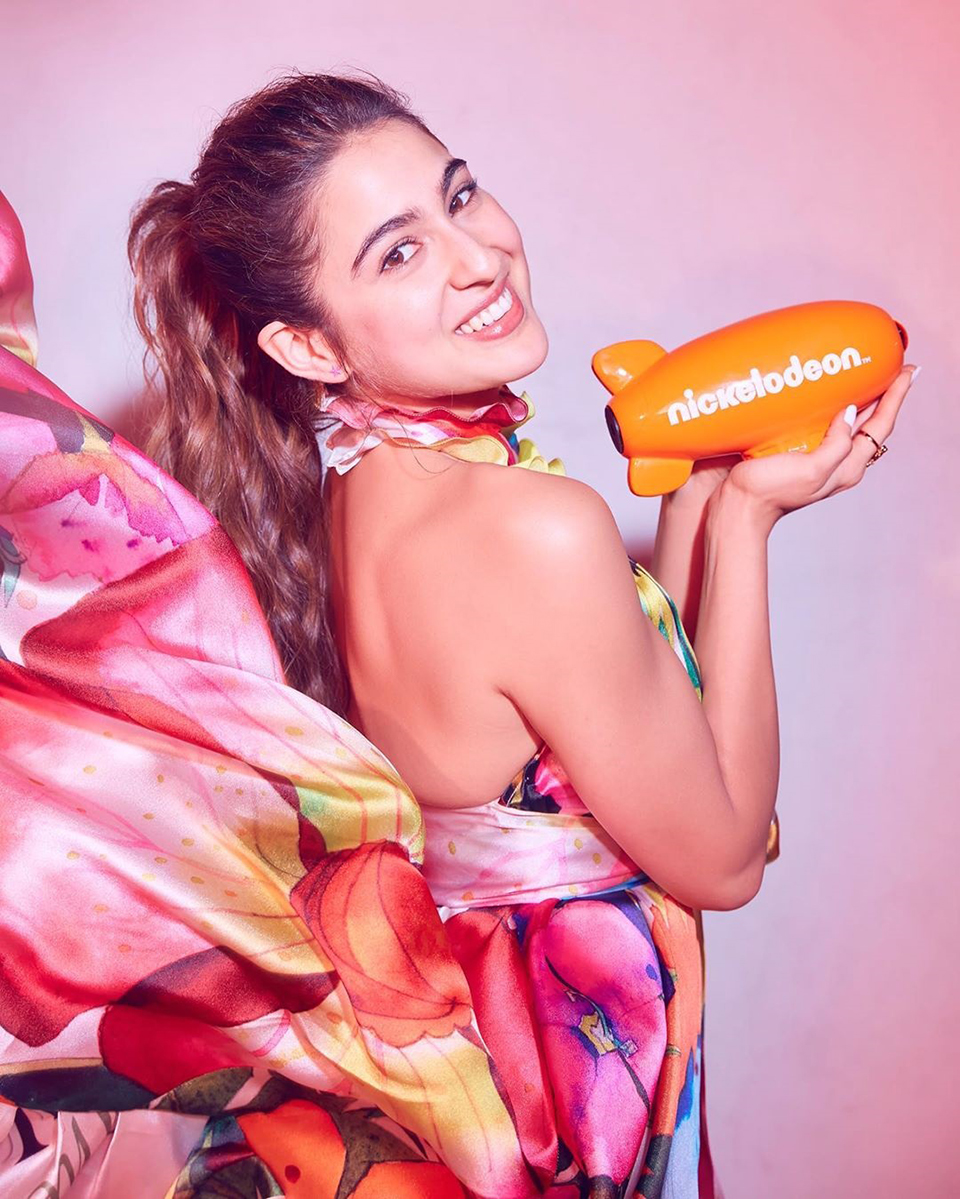 Bhumi and her Saand Ki Aankh co-star Taapsee Pannu, won the Jodi Kamaal Ki Award for playing Shooter daadis – Chandro and Prakashi Tomar – in the film. While Bhumi wore a short pink skirt-top and a glittery jacket for her performance, she walked the red carpet in a marchesa outfit. Kartik Aaryan also walked the red carpet and joined a Power Ranger upon his arrival. The actor kept it simple in casuals and took home the Entertainer of the Year Award. 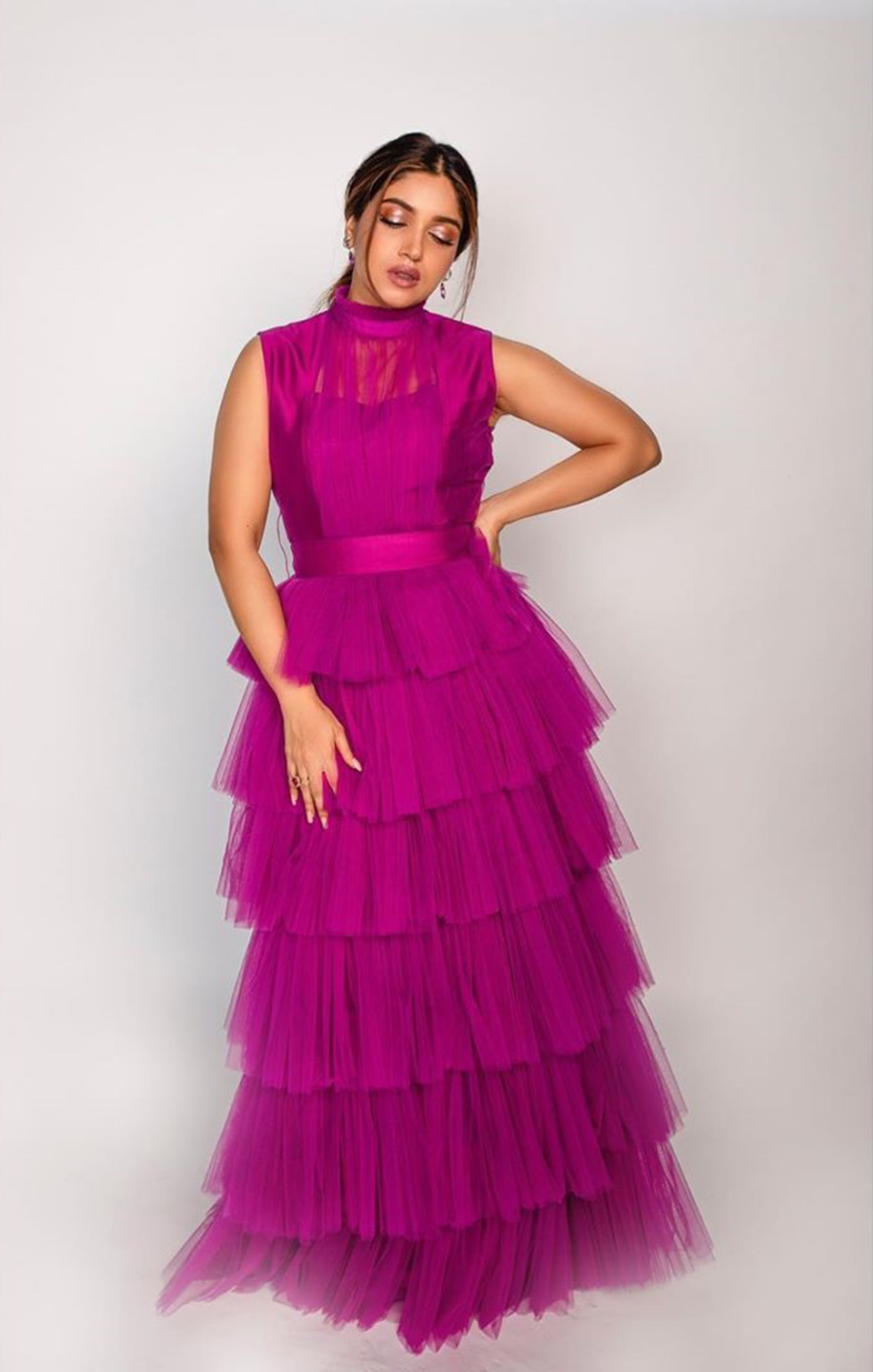 Among others spotted at the event were Kriti Sanon, child actor Neel Sethi who played Mowgli in 2016 Disney movie The Jungle Book, Chhichhore chief Nitesh Tiwari and Gully Boy actor Siddhant Chaturvedi. Kriti arrived in an uneven red gown and was seen playing around with Ninja Hattori on the red carpet.

Recent Looks of These Gorgeous Ladies are Hard to Miss
January 29, 2020

These Neckpiece Ideas of Kajol is Perfect for Brides-to-Be
January 20, 2020

Ethnic Outfit Ideas of These Bollywood Divas are Perfect Ideas for Celebration
January 18, 2020

Bollywood Celebs Can’t Deny Their Love for these Precious Jewels by Sabyasachi
January 17, 2020