Everything that sparkles isn’t exactly gold but can be silver too! At least, Alia Bhatt, Kareena Kapoor Khan, and Rakul Preet Singh proved us so. The idea came after Rakul Preet Singh wore a shimmery silver outfit to the 65th Amazon Filmfare Award Curtain Raiser. Her attire made us remember Alia Bhatt and Kareena Kapoor Khan’s silver adorned outfits, which they wore for various events. Let’s disentangle Rakul Preet’s ensemble and also find out, what Alia and Kareena wore.

So, for the Amazon Filmfare Awards, Rakul Preet Singh wore an outfit, which was by Dolly J. Styled by Tanya Ghavri, her outfit was one-shouldered with a drape and wrapped structure. It was flawlessly finished clothing, which included a deep slit. The actress teamed her ensemble with black shoes, which worked out in a good way for her number. She kept her jewelry game light and her jewelry was by Anmol. Her makeup was highlighted by pink touches, however, more than her makeup, we cherished her wavy ponytail, which made her look so unique from the usual. 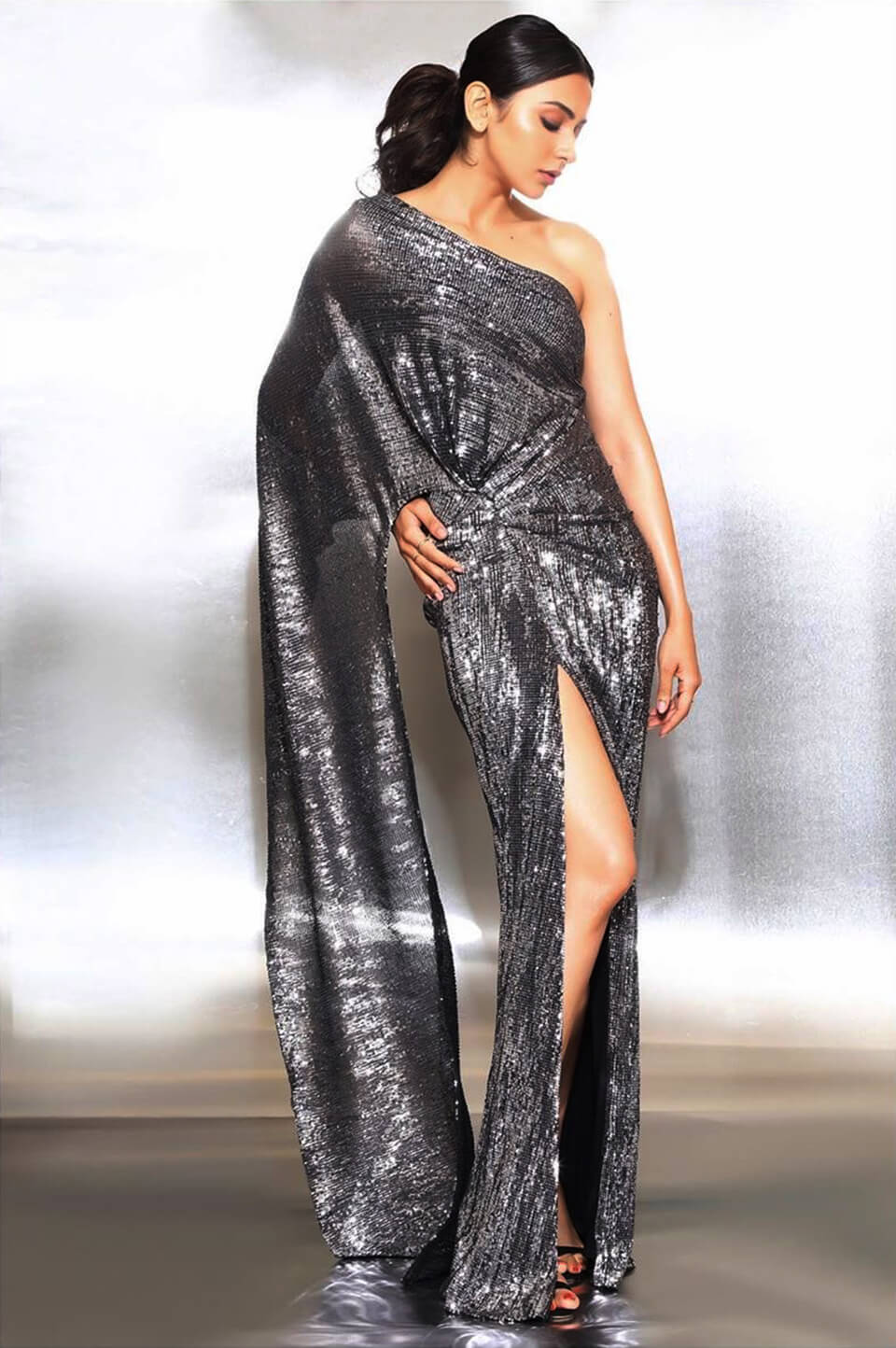 Kareena Kapoor Khan was also styled by Tanya Ghavri for an occasion in Australia. She wore a silver number as well, but her outfit was designed by Michael Costello and it was a kaftan-styled outfit with flared sleeves and overlapping detailing. Kareena Kapoor’s clothing was intricately decorated, and she matched it with white shoes. Her makeup was enhanced by contoured cheekbones, yet we completely cherished the golden eye shadow. The impeccable bun suited her. 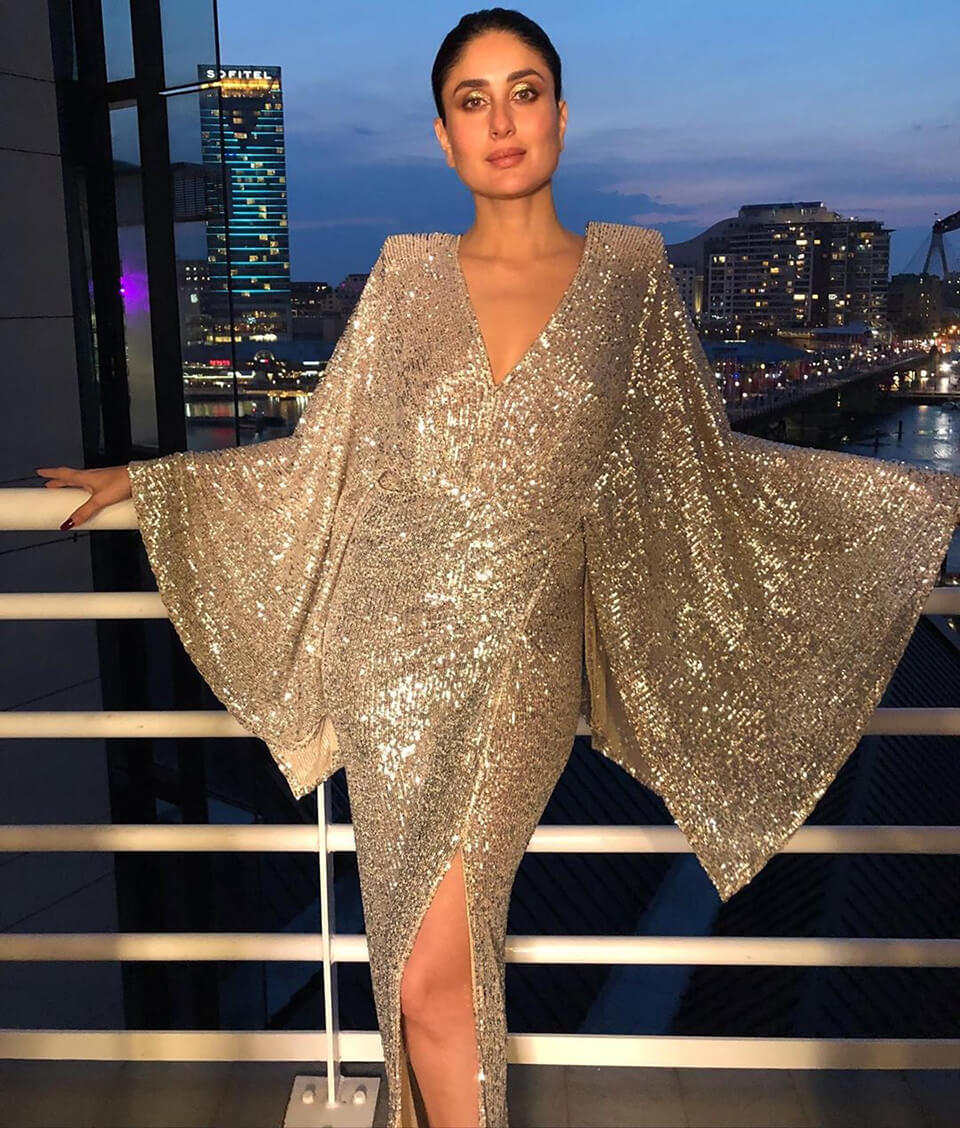 Alia Bhatt might not have been styled by Tanya Ghavri, however, she also wore a Michael Costello gown. Her stylist of the night was Anaita Adajania and she wore it for the Vogue event. The actress wore a sparkling dress that was set apart by flowy sleeve and a side slit. She paired it with statement sandals. Alia’s look was jewelry free but her makeup highlighted by pink eye shadow and complementing lip shade worked out in a good way for her clothing. Also, she too made a ponytail that was middle parted to complete her look. 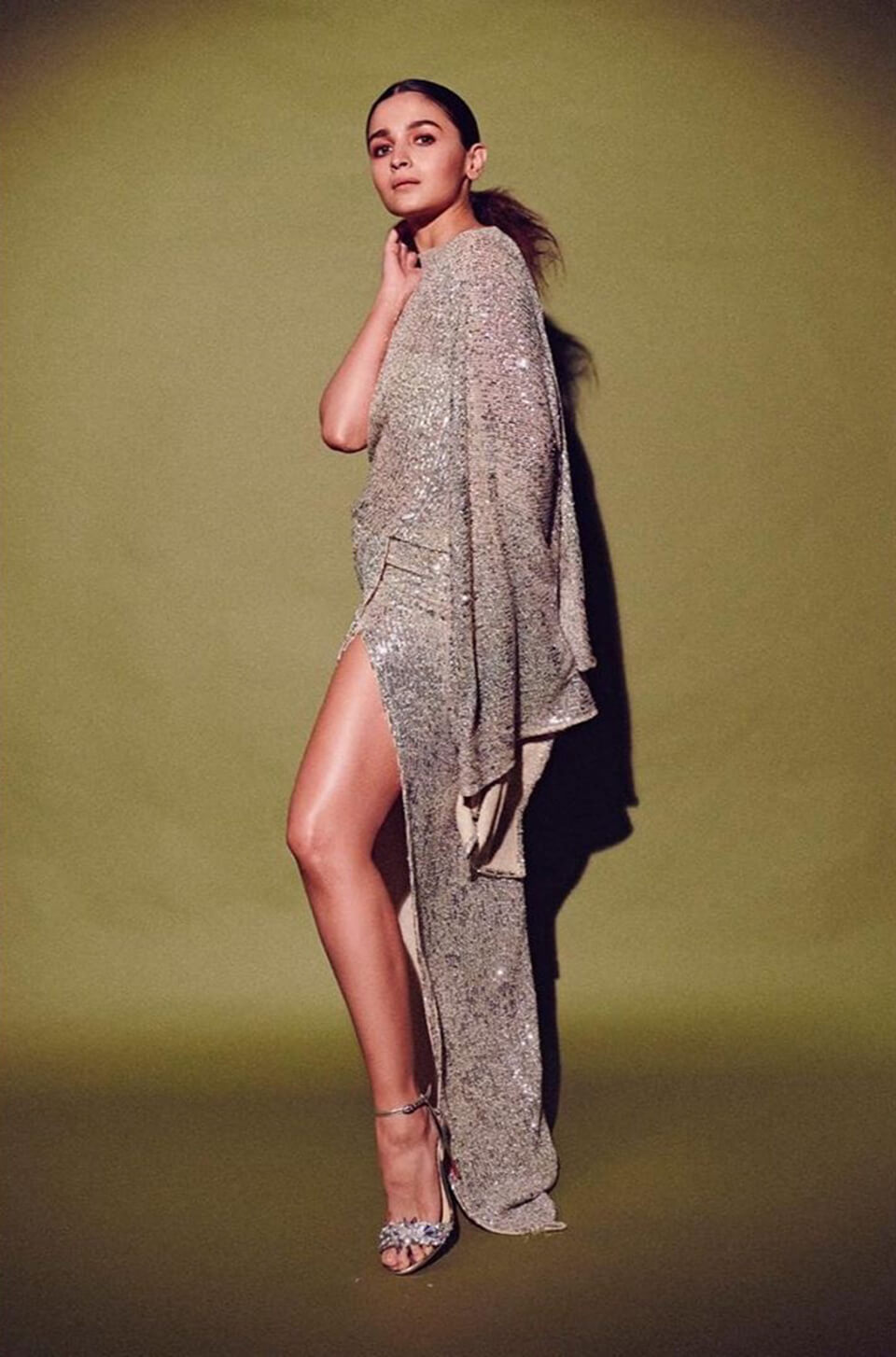 So, whose attire and look did you like the most? Let us know that.