Having a Bad Hair Day? Sonam Kapoor’s Bandana Style is the Perfect Solution

With regards to fashion and beauty, the people we can depend on and admire all have a place in Bollywood for they always appear to be in their best form and shape. Sonam Kapoor is one such actress who always appears to know what she is doing with regards to fashion. Always dressed to the nines with not a strand of hair out of place, she is known as the fashion diva of Bollywood.

Unmistakably one of most loved ways to wear print is head-to-toe. From saris to cool separates, the actor has been seen giving a big treatment to bold prints for some of her OOTDs. The actress who has taken India on global platform too has demonstrated that she has an answer for the one problem that most women face if not on a daily but a weekly basis.

The actress took the scarf, the one piece that can be doubled as both dress and an accessory. For a book launch in New Delhi, Sonam wore an emerald green dress and added a flavor of drama to her look with a matching printed scarf as her outfit. The scarf was precisely the same pattern and colors as her outfit. She wrapped the scarf around her head, making for an amazing style for a bad hair day. 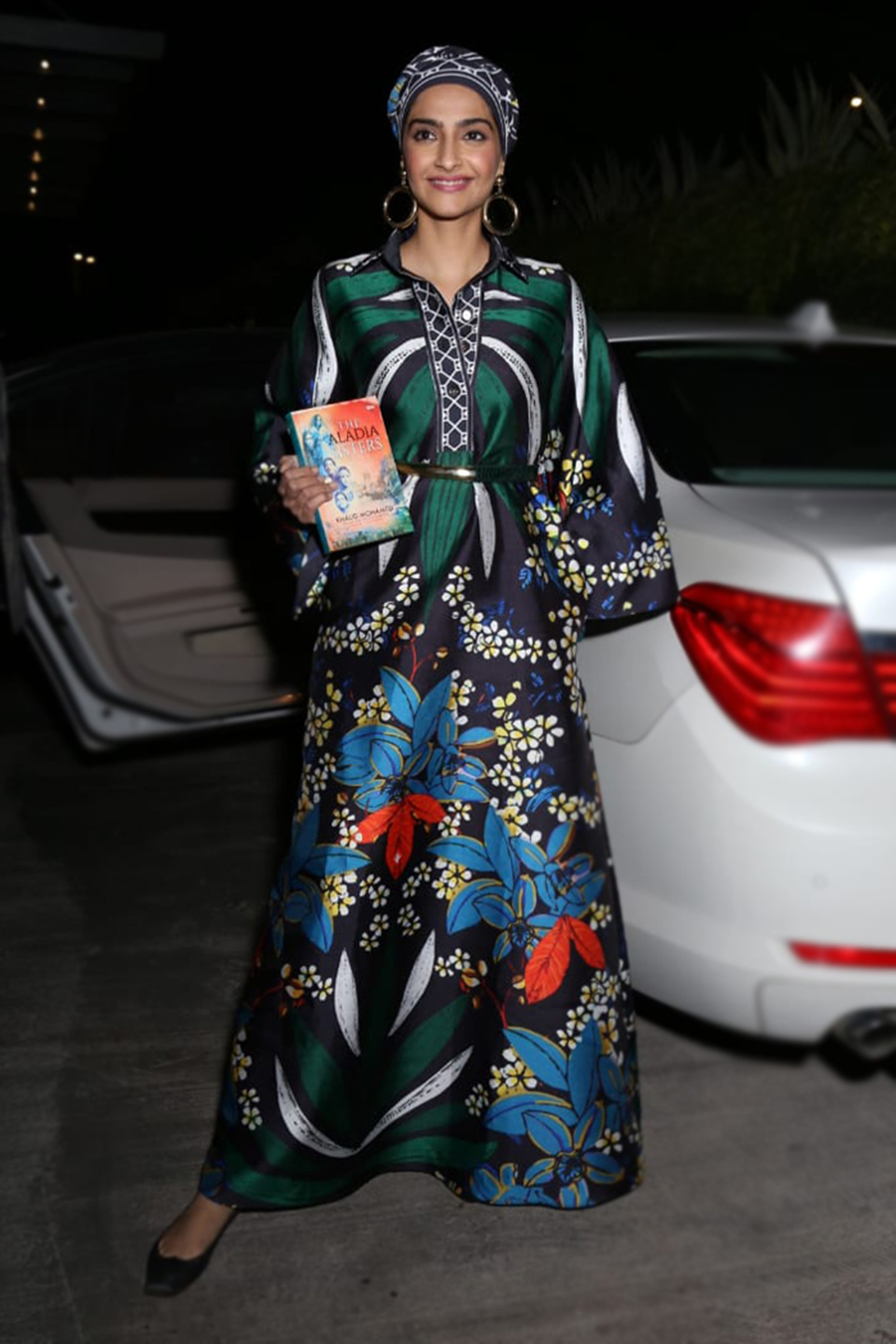 Not happy with this solution? Well, the Zoya Factor actress has another similar trick up her sleeve to take care of the issue. Take a littler scarf and tie it in a simple way with the knot directly on top, to make for an adorable yet simple approach to hold your hair together and in one place, as Sonam did at Cannes a few years back! 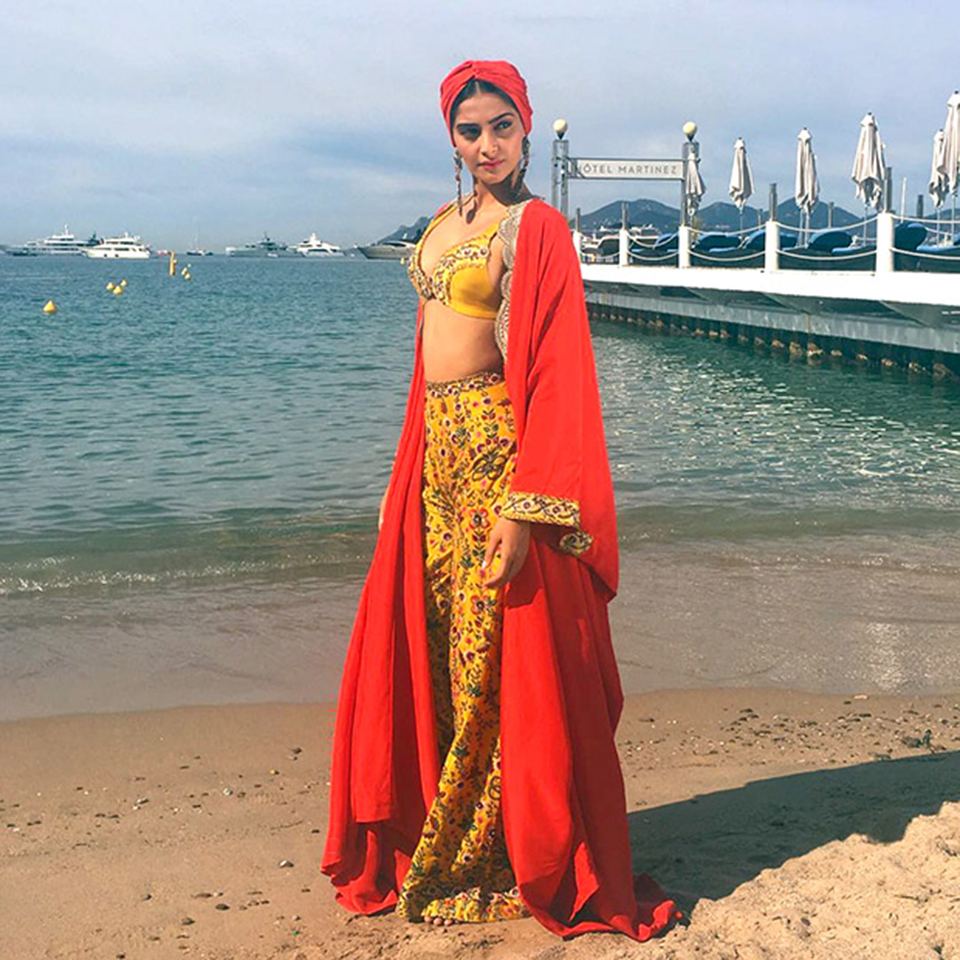 Prior to her second appearance, Sonam Kapoor looked charming in her Bohemian look wearing Anamika Khanna separates. Styled by Rhea Kapoor, Sonam wore a mustard hued sleeveless bralet with embroidery and teamed it with flared printed pants. She then completed her bohemian chic look with an orange cape and tied a scarf around her head. A pair of dangling hoops from Apala, pink and coral with a touch of purple makeup rounded her look. 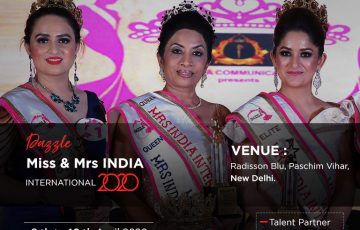 Who Wore What at Armaan Jain’s Wedding Reception?
February 07, 2020