When one thinks of Bollywood and style, the one individual that rings a bell is Sonam Kapoor Ahuja. Not long after her debut, she proved that she was genuinely nibbled by the style bug. Also, she, along with director and stylist sister, Rhea Kapoor, shocked every leading lady of Bollywood into action. 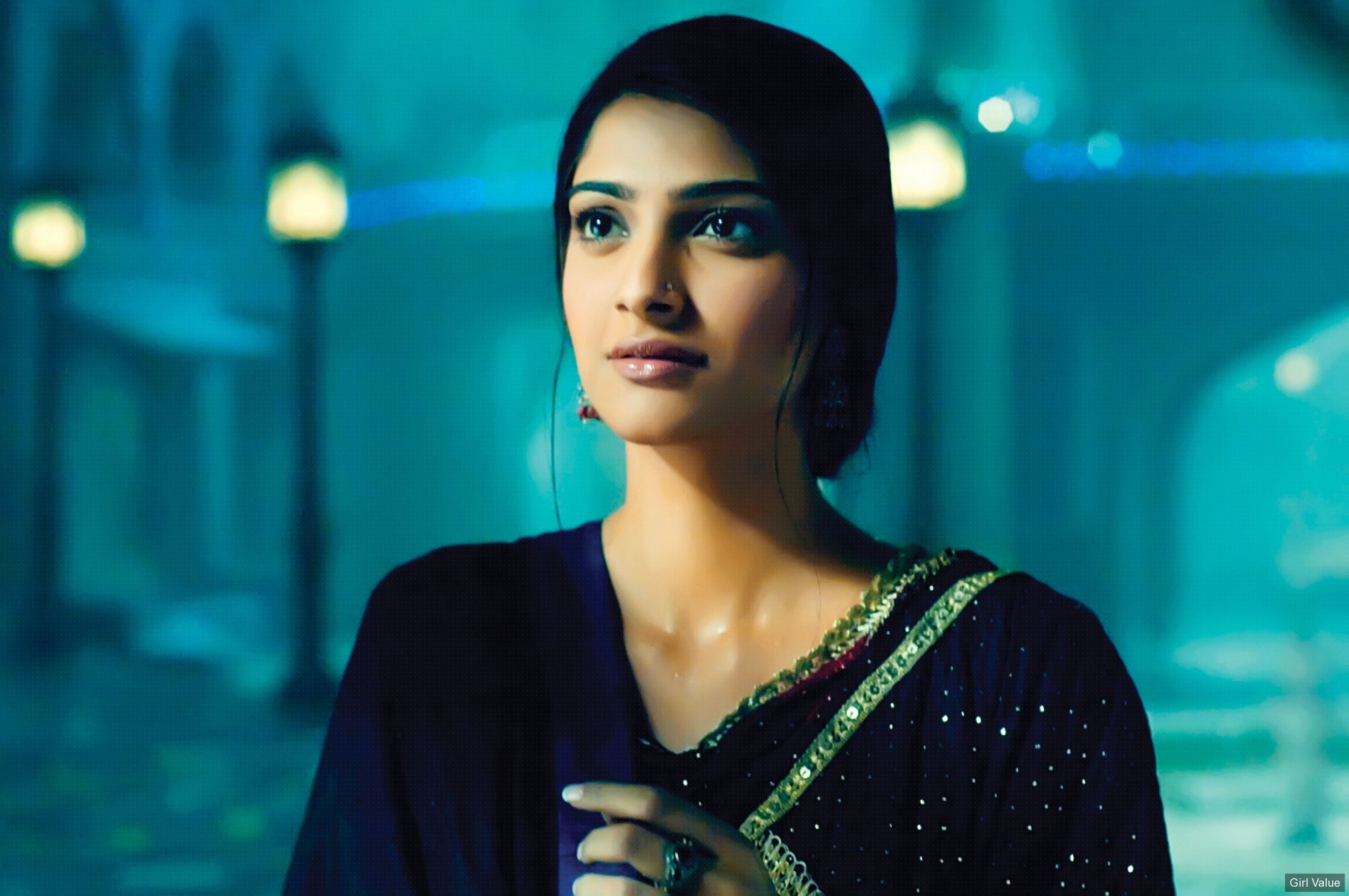 Picture Credits: newsnation.in
Some said that the Aisha actress was a model attempting to be an actor, that she wasn’t more than her clothes, however, given how quick everybody was to imitate her and hire stylists, it was clear, Sonam had made her mark. Nowadays, Sonam is preparing for the release of her upcoming film, The Zoya Factor, in which she is paired opposite Dulquer Salman, who plays a cricketer. In the trailer, we saw Zoya ending up becoming the good luck charm of the Indian Cricket team. 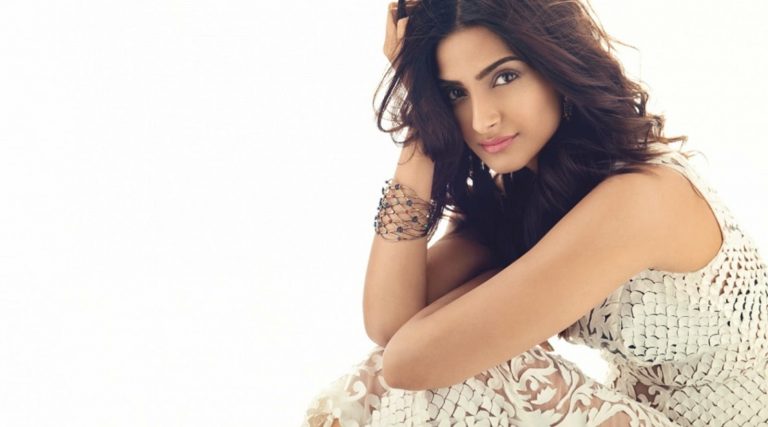 Picture Credits: starnabe.com
Presently, as she is occupied with promotions, she has chosen to wear only red outfits to carry luck to the screens. There is no denying the fact that Sonam is a fashionista and she never fails to make heads turn with her style decisions. She has indeed done the same. All through the promotional tours, she has been seen donning differed shades of red and, being true to the fashionista that she is, the Neerja actor has rarely kept it boring. 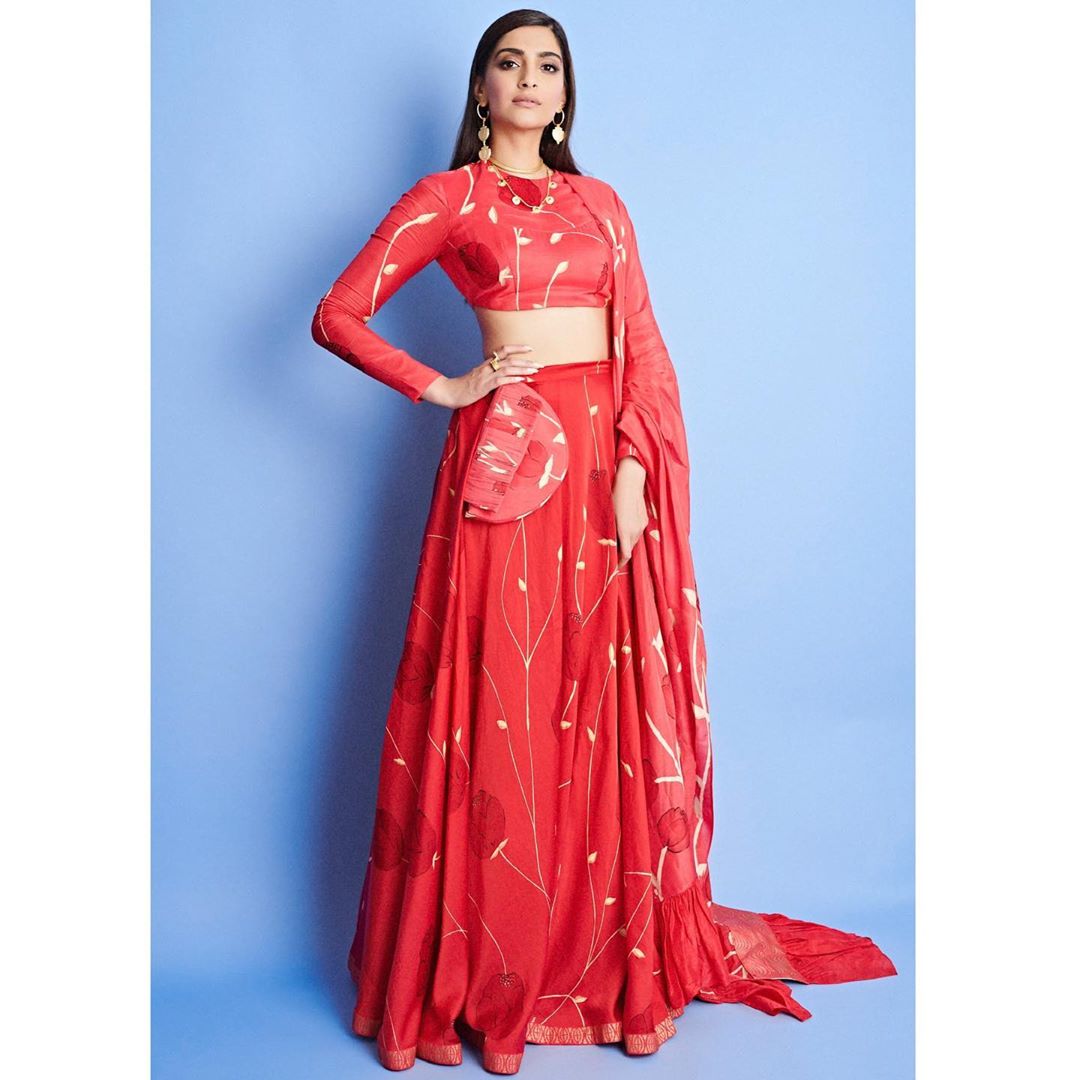 Picture Credits: Instagram @sonamkapoor
Recently, she was seen in a red kurta set from the label Gulabo. The loose kurta was paired with a matching pair of palazzo pants. However, it was the potli pack with gota patti designs that stole the show. The look was completed with red juttis and accessorized with statement earrings and bracelet from Maheep Kapoor. Further, she pulled her hair in a braided bun giving all the attention to the accessories. 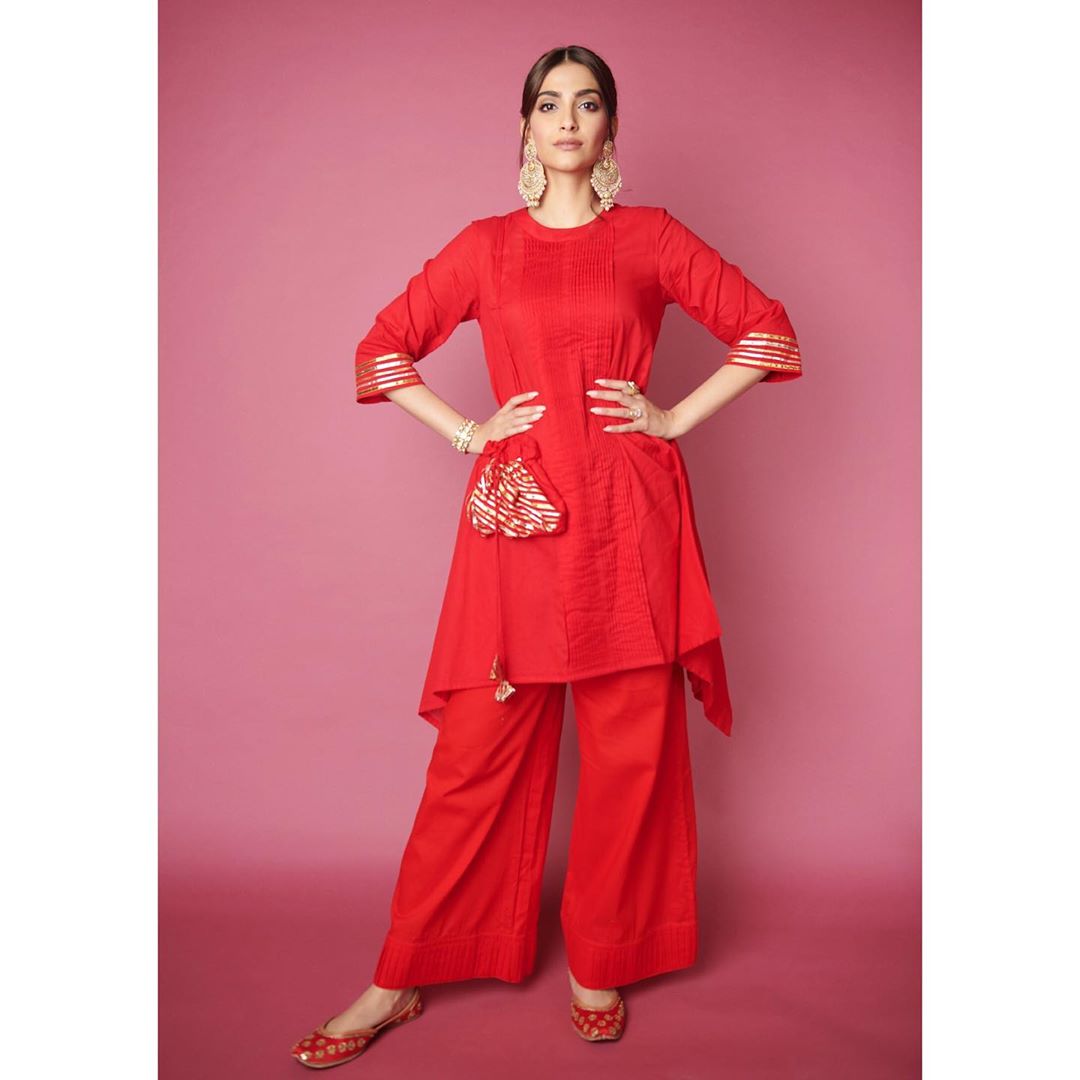 Picture Credits: Instagram @sonamkapoor
Before that, she looked ravishing in a Petar Petrov outfit. The red shirt combined with the leather skirt looked beautiful on her and nobody, but she could have pulled this off. This was not all. The look was completed with smokey eyes, hair styled flawlessly and accessorized with matching boots. She additionally carried a Ladybird micro made from smooth vegetable-tanned leather which is believed to be a symbol of good luck. 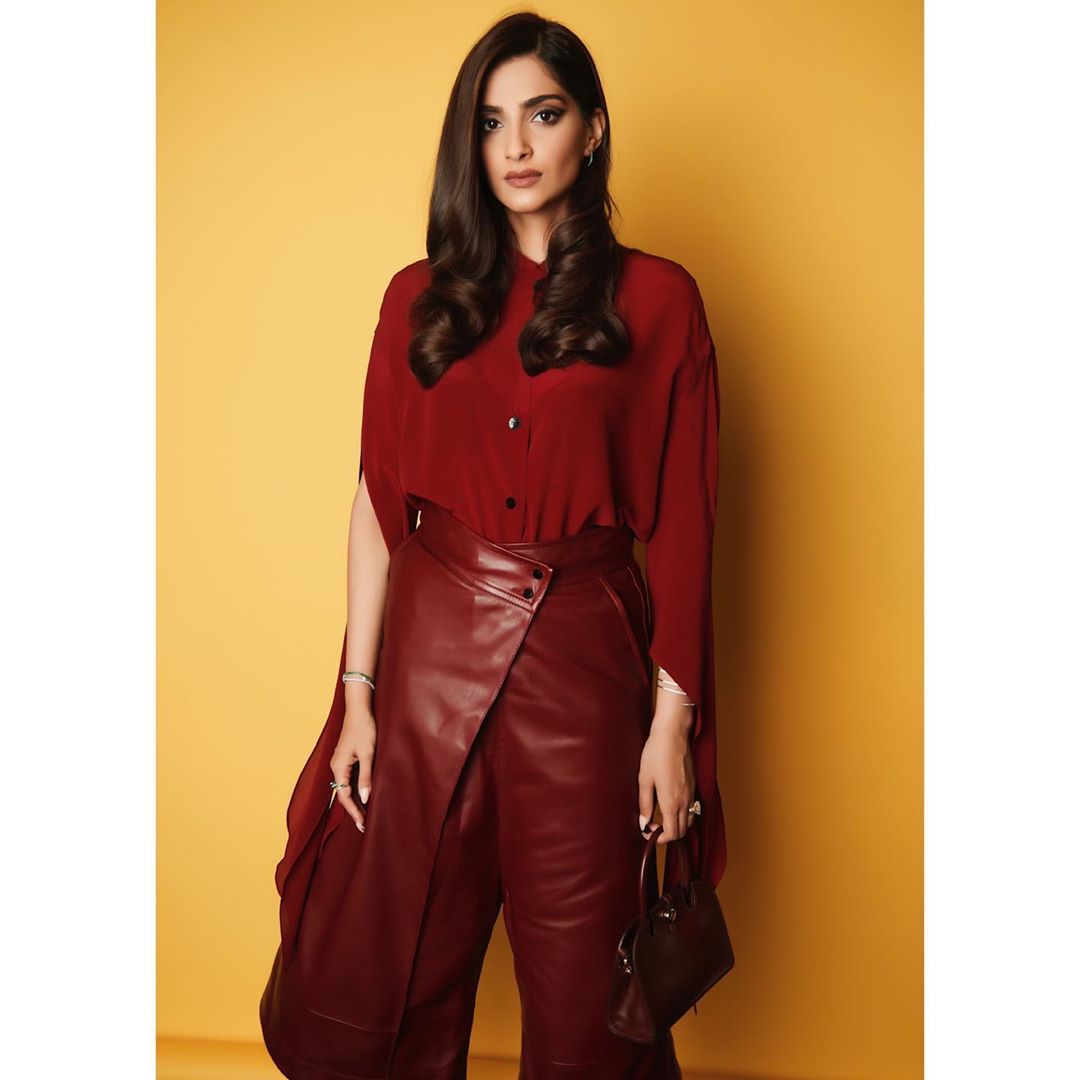 Picture Credits: Instagram @sonamkapoor
The actress also helped us to remember her Delhi-6 days as she wore a chic ensemble from designer Rajesh Pratap Singh. The desi Anarkali feature alternate printed and brocade boards with red undertones with floral prints. She layered the full-sleeved Anarkali with a brocade jacket that cropped around her waist. Sonam added another layer to the look as she wrapped the dupatta around the neck as a scarf. She settled on a long chunky silver necklace with layers of danglers swinging from it. 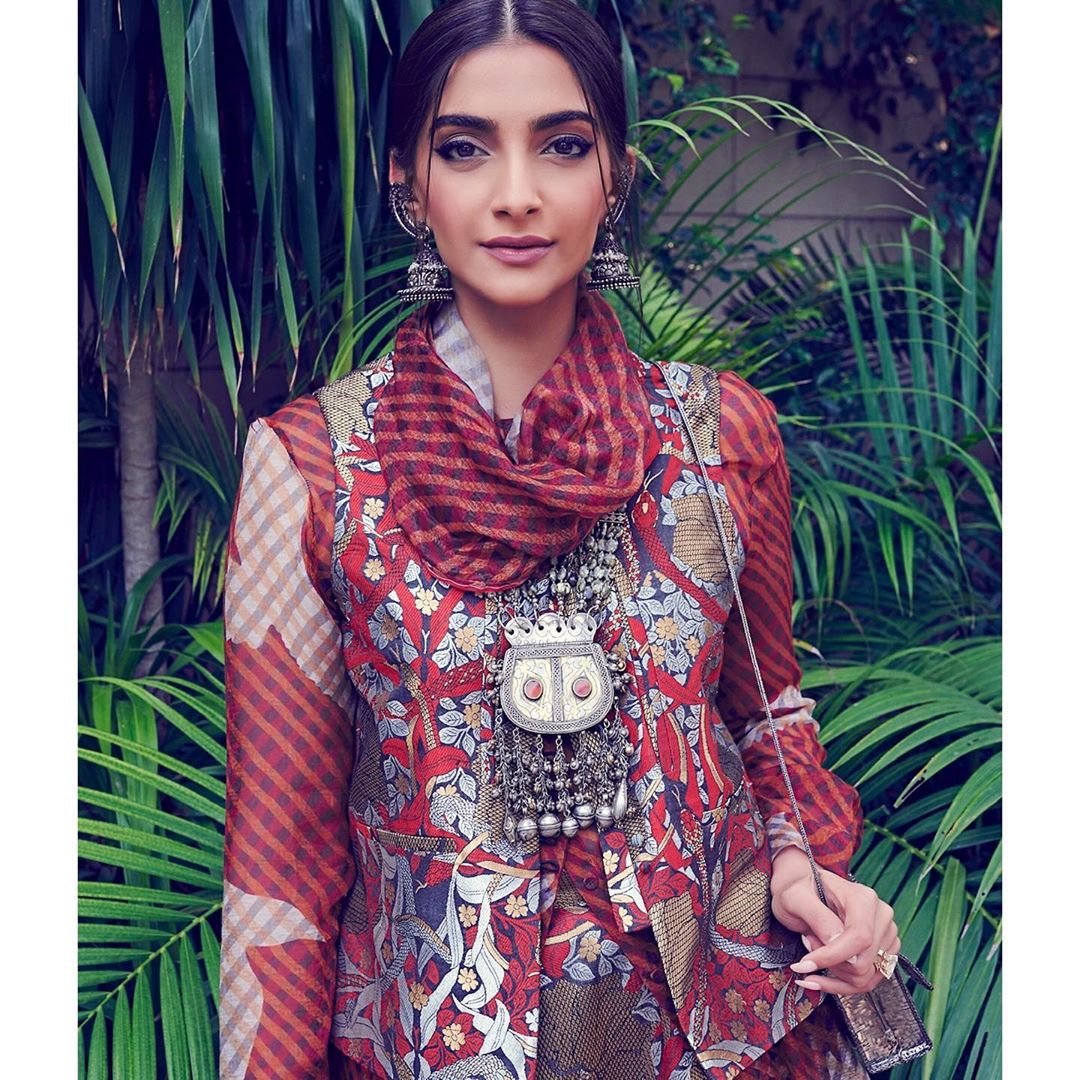 Picture Credits: Instagram @sonamkapoor
Now, let us hope these hues of red be the lucky charm for Sonam and The Zoya Factor.